TICKETS GO ON SALE FRIDAY 7TH SEPTEMBER
AT 9AM FROM TICKETMASTER… €59 (+usual bullshit). 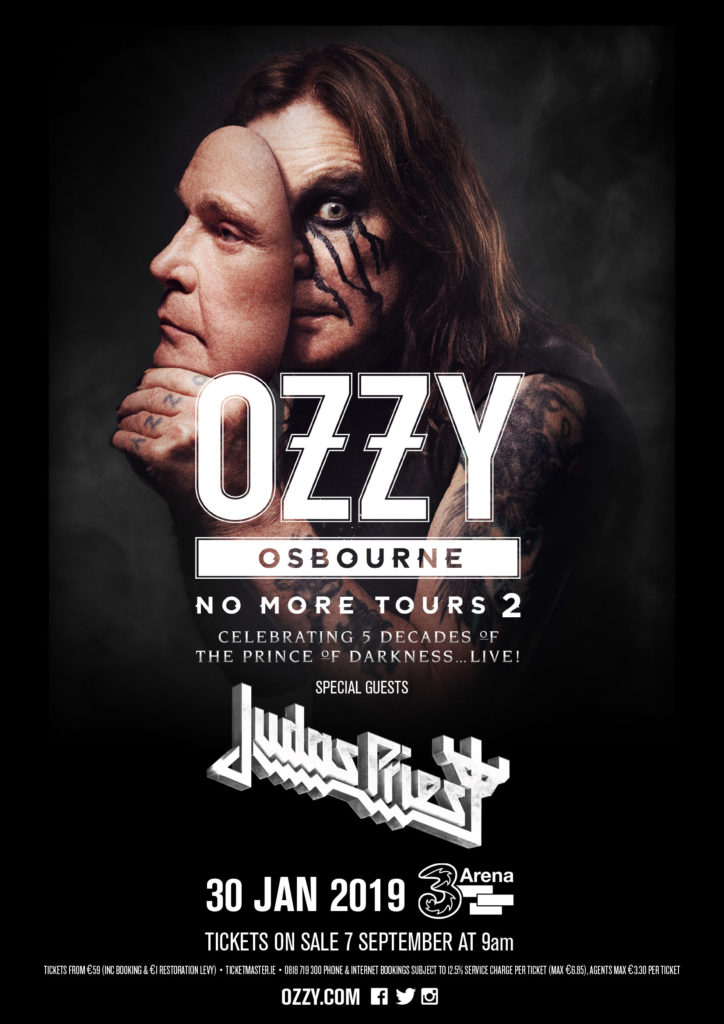 OZZY is bowing out of tours, this time for realz. And he’s kicking off the European leg of is ‘NO MORE TOURS 2’ at the 3Arena, Dublin on the 30th January, 2019. And he’s going out in style none other than fellow Metal Gods JUDAS PRIEST in tow. What an incredible pairing!!!

Rock and Roll Hall of Fame inductee and Grammy®- winning singer and songwriter OZZY OSBOURNE today revealed details about his forthcoming “NO MORE TOURS 2,” a reference to his 1992 “No More Tours” trek. The tour will open at Dublin’s 3Arena on 30th January 2019 with special guests Judas Priest.

“I’ve been extremely blessed to have had two successful music careers,” OSBOURNE says. “I’m looking at this final tour as being a huge celebration for my fans and anyone who has enjoyed my music over the past five decades.”

On his upcoming farewell world tour, produced by Live Nation, OSBOURNE will celebrate more than five decades as a performer (both as a solo artist and as lead singer of Black Sabbath which toured through Europe in 2017 on their farewell tour). This tour, expected to take OZZY around the world with dates into 2020, will mark the end of global touring for the legendary artist, though he will continue to perform select live shows in the future.

Throughout his career, OZZY has sold more than 100 million records.