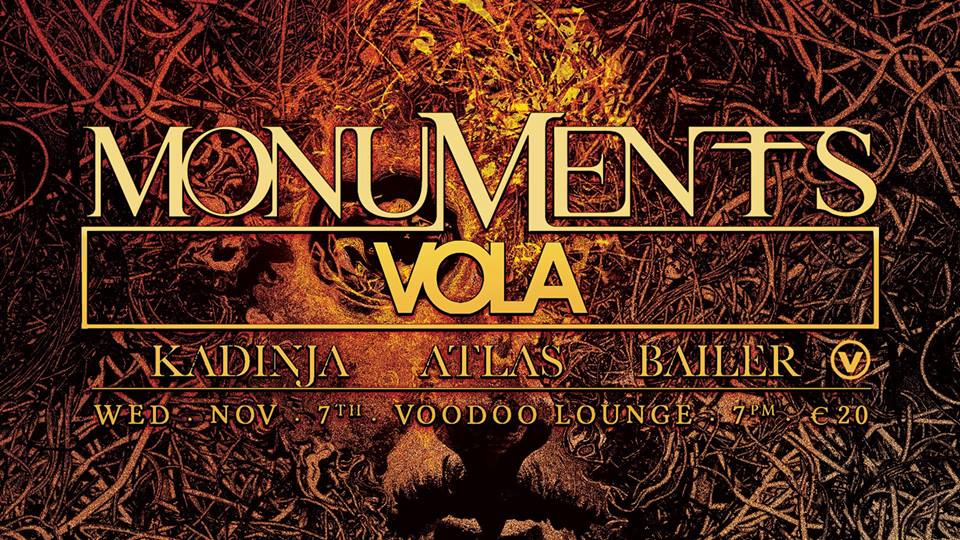 A five band rollercoaster of modern progressive, technical metal roared it’s way through the Voodoo Lounge in Dublin on the 7th November. There was a lot to take in, but Daragh Kenny took on the task and hit the show with pen and camera in hand.

Opening the nights proceedings were BAILER from county Cork. I always love when a local band starts off the night when an act from overseas comes to town, it brings a very personal feeling to what what is about to happen on the night. Funnily enough in my own gig experience in Ireland both attending and playing gigs, I’ve always somehow missed BAILER. Like ships in the night I would always just miss their set and be pissed off that I did. Tonight I witnessed them in all their rebel county glory. They fell victim to the first band ‘I’ll stand a few meters from the stage looking at my phone periodically and not showing any enthusiasm when the singer tries to pump up the crowd’ curse. I got a very ‘Code Orange’ vibe from Bailer which I thoroughly enjoyed, and appreciated. The guitarist clearly getting frustrated at the crowds apathy getting down and and playing in their faces was a great sight to behold. 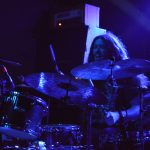 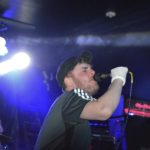 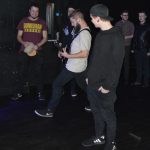 After the obligatory fifteen minutes change over, the crowd began to grow in size. Things were happening. The first thing I noticed about ATLAS was their crushing riffs. The drummer (who at first I thought was a reincarnated Chester Bennington) was a joy to watch play. Synths were included in great effect in their set and I felt they gelled very well together as they played with nice chemistry between the members. Atlas had a good balance between those heavy crushing riffs but a nice amount of melody added in for good measure. 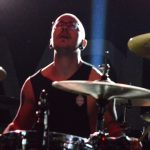 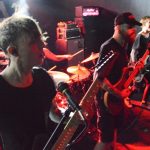 We’re deep into the night now and things are beginning to get slightly messy. Beer is being spilled, people are shouting and KADINJA are about to walk on stage. KADINJA are an absolute machine ladling out hot bowls off tech dense riff soup to us starving masses. One of the first things I noticed about the band is how the drummer bears a striking resemblance to Tommy Lee and furthermore; will this trend of doppelganger drummers continue for the whole evening. Some very intricate riffs are played in the set, with the bass player being a focal point and a giant smile on his face as his fingers raced up and down the fret board. The crowd are certainly becoming more animated with photos beginning to become difficult to capture and the whipping of hair stings my face and hands as if I’m being flagellated by a leather clad monster. Kadinja end their set triumphantly and with a bang, thanking the other bands and the headliners in due fashion. Next up is VOLA and my ears are beginning to ring. 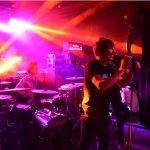 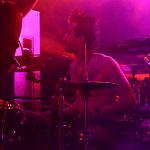 VOLA take the stage as the penultimate act this evening and I can tell something very special is about to happen from the whispers I catch at the merch stand. ‘What is this, an ad for shampoo?!’ I chuckle to myself (slightly intoxicated mind you) as VOLA’S front man makes the last few preparations as they prepare to launch into their first song. The doppelganger trend continues as lead singer Asger, bears a striking resemblance to WINTERSUN vocalist Jari. Will MONUMENTS make it four for four? After trying to squeeze though the crowd to take some snaps I try to focus on the actual songs. Some very emotional and powerful riffs punctuated with wonderful synchronization made VOLA’s set an absolute delight. I did not hear of VOLA before tonight but they were the first band I added to my Spotify on the journey home. 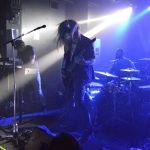 As MONUMENTS take the stage a sense of pent up energy is hitting the crowd and I can see why as they explode into their first song. A flurry of progressive Djent and synth that would make most musicians sit down with a pen and paper before snapping the pen, shredding the paper and more than likely burning the desk too. The crowd are fully ignited into a flurry of moshing and headbanging. Utter chaos ensues. Chris, the singer and New York native is very vocal with the crowd, chatting, exuding gratitude and generally being a great front man. MONUMENTS follow the same genre that the previous few bands laid down throughout the night but with a greater sense of meaning and gravitas and urgency. A thoroughly enjoyable set from the headliners to end the evening. 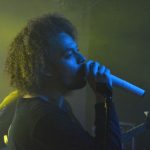 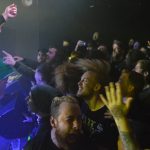