‘IN THE PIT’… The inaugural gig for the newly founded Pethrophile Promotions in Cork. Set up by PEHTROHIA guitarist Danny Lee who’s aim is to simply promote and aid in the long overdue revival of Metal in Cork. A noble cause indeed! And a successful first venture into grass-roots metal gig promotion in the city. And just to be extra nice we have exclusive live audio recordings from most of the bands sets available in the review below. 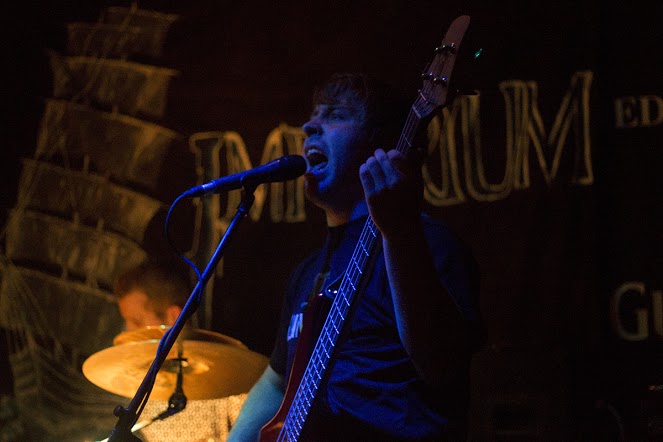 Kicking off the nights proceedings were Lismore’s IMPURIUM. The band have been around for a number of years, but have been on hiatus for a few years after a previous guitarists moved to Australia. But they are back in the saddle again as a three-piece. Their set comprised of mostly new material with only one older fan favourite ‘The Gael’ from their ‘Hunting The Twilight’ EP making the cut this time around. The band put on a solid show with frontman Dave Leddy not holding back on flexing his fretboard skills on the bass guitar. And they certainly had all the early revellers getting well into it be the end of their set. An impressive start to the evening. Unfortunately the band were already on stage by the time I got set up so only the later half of the bands set was recorded. 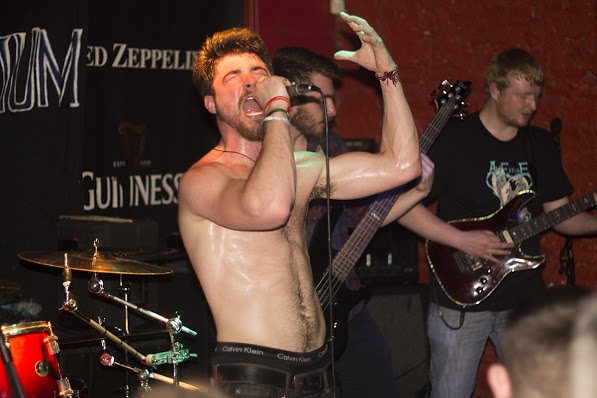 Second on stage were Dublin’s ALPHEIDAE making their first live appearance outside of Dublin. And they waste no time in launching straight into the think if battle with the instantly heavy ‘Altruist’. The band have a very modern style about them and their next couple of tracks, ‘I In All’ and ‘City Of Knives’ show more of what the band is all about with melodic intros and impressive guitar melodies throughout. Technical gremlins delay things for a few minutes but nothing too serious and the band pick up again for their final brace of tracks, complete with a very tasty lead guitar driven band introduction piece. A very talented band with a lot to offer in today’s modern metal climate, who certainly made a very good impression on their first road trip.

When Cork’s own PETHROPHIA take to the stage they immediatley begin whipping the crowd into shape with their witty song themes. Frontman Chris Daly immediatly takes command of the room with his humurous manner and in your face attitude. No one is spared. Dedicating the first track ‘…Knock You off Your Bike!’ to the cities recent Coca-Cola bike share scheme. 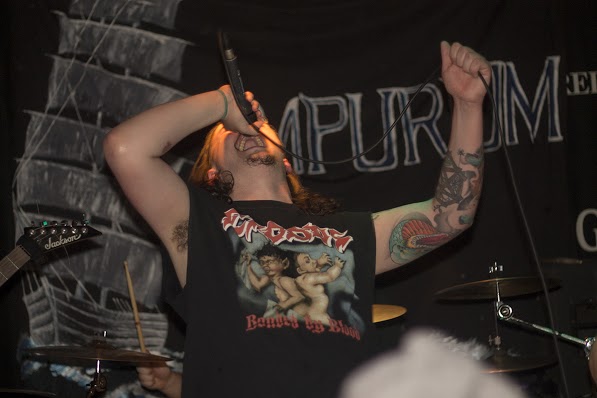 Confronting the “very serious and sensetive issue” of getting your cock caught in your zip on ‘Testosterone Bear Trap’. Once again we’re hit by technical difficulties, this time with faulty jack on one of the guitars. IMPURIUM‘s Padge Maderson steps in and loans his guitar for the remainder of the set, but not before Daly’s impromptu stand-up comedy routine to fill the time. The band continue by having a pop at “drunken college spastics” in ‘Piss-Soaked Retard Party’ and finish up with the only real serious track in their repertoire, ‘Dead Mans Hand’. An eight minute cracker that shows what the band are truly capable of when they really knuckle down to it. Lads… More of this, please! 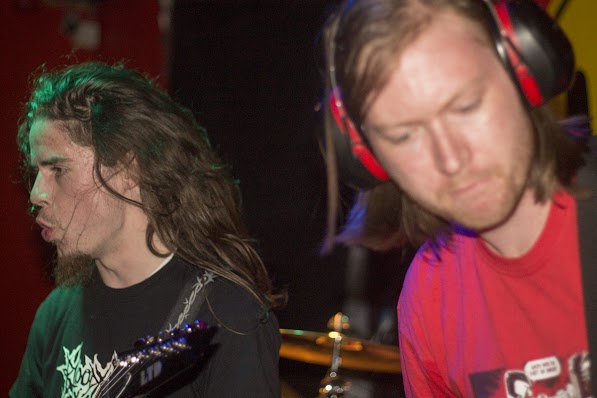 Second last on the bill were Dublin’s AXIAL SYMMETRY. Again with a tight set time they wasted none of it and began blasting Fred’s with their razor sharp riffs. Playing a mix of tracks from their “Nothing Is Left” EP and new tracks from their upcoming “United Corruption” EP. Opening with the unrelenting ‘A21’ before moving quickly on to equally vicious ‘End Of Privacy’, the band make it obviously clear that they like to play fast and heavy. The midway mark sees them change tack with the slightly slower and mechanical rhythm of ‘Funeral’. After which they complete their set, finishing as they started in manic, cut-throat fashion. Easily the most straight-up metal band of the night as was evident by the notable number of heads banging during their performance. 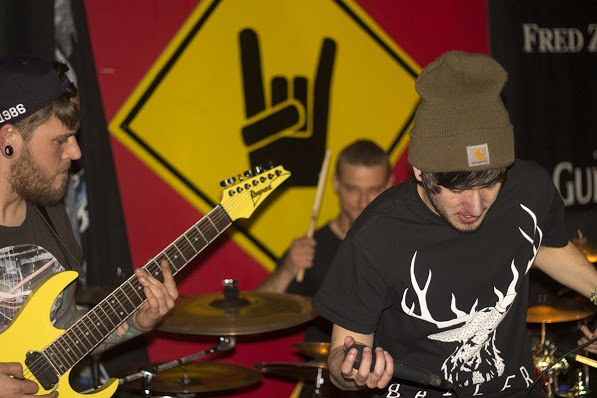 Hometown headliners EMIGRA were making their long awaited return to the stage in Cork, exactly six years and one day after their first ever live show on the very same stage. The band take to the stage and begin with an instrumental intro piece before the bands new vocalist Xander Coughlan jumps up on stage for ‘Crossbreaker’ and things kick off proper with real intensity. Keeping the high level of momentum going for the next couple of tracks, a couple of guest vocalist join Coughlan on stage. The first being Mike O’Driscoll during one of the bands more recent tracks ‘Wounds’ and the second with HERE WE STAND‘s Mark Coughlan filling guest vocals on ‘Deadlights’.

With the exception of last years ‘Negatives’, we are treated to a brace of all new tracks for the remainder of the set. All taking similar styled queues from the bands now familiar sound. Heavy, chunky riffs and clever leads and harmonies from guitarists Szymon Saługa and Daniel Danowski who bounce of each other brilliantly, while bassist David Cleere and drummer Tomasz Bożek keep everything in check, even during the sometimes manic nature of the music. EMIGRA have an obvious dedication to their hardcore metal cause and certainly have the ability to back it up. As a unit they are tight as hell and there’s absolutely no denying that in their genre they are a serious force to reckoned with. All the band really needs to reach that next step they’re striving for is a bit of luck, which they have hopefully now found with vocalist Xander Coughlan.