On Saturday, 7th September Dublin hard rockers ELEMENT X are taking over Fibber Magees to launch their brand new EP, “All Or Nothing”…!!! It’s a FREE ENTRY gig with the band being joined on the night by  12 GAUGE OUTRAGE, SKYFEVER and CREEP, before ELEMENT X themselves take the stage to celebrate with YOU!!

Join them for a night of great bands, great music, cocktails specials and surprises on the night and of course, celebrate the release of the brand new “All Or Nothing” EP. 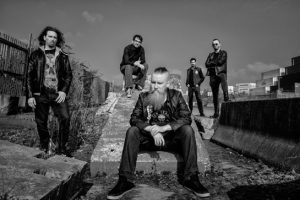 ELEMENT X are a 5-piece hard rock band from Dublin (Ireland), active since 2014, striking a balance between rock and metal with their powerful Hard Rock combined with a energetic live show. In November 2015 they released their debut EP, “The Prologue”, featuring 5 songs full of vigorous riffs that is only an introduction to what you could find in any of their shows.

The band have played many gigs around Ireland since then, reaching the final of the Bloodstock Metal 2 The Masses Ireland 2018 battle of the bands with the judges vote and receiving very positive reviews from the press and playing alongside bands like Dead Label or Chris Holmes.