CONJURING FATE are a hard hitting Irish heavy metal band from Co.Antrim, Northern Ireland. Formed by founding member Phil Horner in 2005 alongside vocalist Tommy Daly. This has been the core of the band since the beginning. There have been various lineups and other projects over the years but they are now back with a full new lineup as of 2014. Over the past few years CF have supported acts such as BLAZE BAYLEY (IRON MAIDEN & WOLFSBANE), PAT McMANUS (MAMAS BOYS), ARGUS, VOODOO SIX, MORDRED, DRAGONFORCE, RAGE OF ANGELS, DIAMOND HEAD, ACID REIGN and SWEET SAVAGE among others.

2014 saw Conjuring Fate embark on a new mission with new members Steve Legear (Bass), Karl Gibson (guitar) & Bogdan Walczak (drums). In May 2014, they released their debut music video ‘House on Haunted Hill’, and later released the “House On Haunted Hill” EP in June 2014. The video itself was filmed in the old Harland & Wolff drawings offices. The very building in which the TITANIC was designed!

During 2015 Conjuring Fate were finalists at the Belfast BLOODSTOCK ‘Metal to the Masses’ final, and UK finalists at the ‘HARD ROCK HELL’ Highway to Hell competitions. 2016/2017 sees the release of a new music video, DR FRANKENSTEIN. Filmed on Location at the Kirkpatrick Bros Mill. This Location is a prime filming location for television and theatre releases. Including the ITV show ‘The Frankenstein Chronicles’! 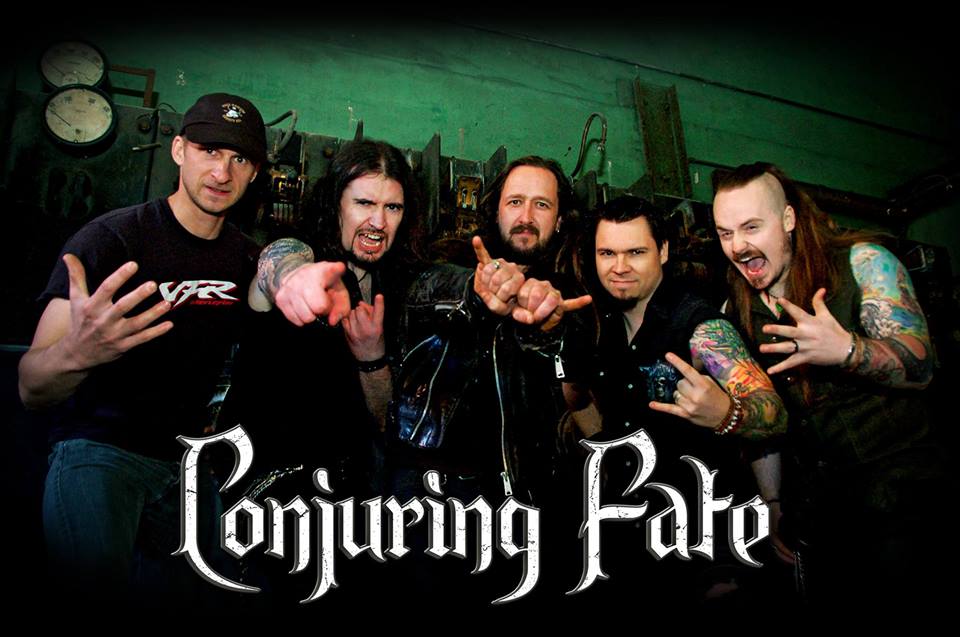