Every so often we like to feature some recently released music from Irish bands. Be it a complete album, EP, demo or just a stand-alone new track or new music video that we feel deserves to be shared. So! Here we go with our inaugural ‘Auditory Shrapnel’ installment. And to honour the new feature title… 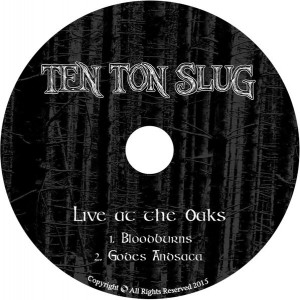 Consisting of only two tracks “Live At The Oaks” really is a demo in the truest sense. The band deliver a hefty fourteen minutes of crushing riffs rounded off with ridiculously heavy vocals from frontman Rónán O ‘hArrachtáin,who sounds like he lives purely on a diet of gravel and cinder blocks, with piercing shrieks scattered throughout just to fuck with you.

‘Bloodburns’ charges out of the stall like a hefty groove metal rhino and just floors everything within earshot. And ‘Godes Andsaca’ follows suit in a similar fashion. Not a lot of variation style wise between them, but both are certainly more than able to hold their own. With it being recorded live, they had little or no room for mistakes and there were no re-takes, all under the watchful eye and keen ear of Skintown’s own John Moffatt, who’s mixing and mastering brought out the absolute best results. And I can’t help but think what the bands full live set would sound like, if given the same treatment.

It’s a new year and a new dawn for WARDOMIZED. Originally a very rough sounding crossover Thrash outfit, the band have found more of a footing for themselves and moved in a more grind / death metal direction with this new single released on the 2nd January 2016.

Still nice and rough around the edges, the singles opening title track, ‘Strained’, is a mostly slow number with a heavy doom feel to it. Not what I was expecting from them, at all! While the remaining two tracks ‘Suicide Death Rock’ and ‘Inflicted By Force’ are very reminiscent of early SEPULTURA in places. It will be interesting to see where they go from after this shift in musical direction.

BREED THE KILLERS – “Breed The Killers”… 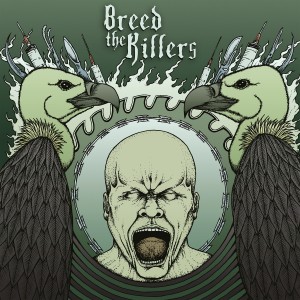 Dublin based hardcore/metal outfit who DO NOT hold back. Formed in 2014 and featuring ex/current members of SLAVE ZERO, XENOCIDE, WEEPING ULCER and BRICKTOP. So with a track record of heaviness like that, you know that this will not disappoint. At eight tracks and clocking in at under twenty-four minutes… Is it an album? Is it an EP? Does it really matter when the music is this punishing.

Their previous three track “Demo 2014” was swift and devastating taste of what the band was cable of. But this latest effort is quite simply the audio equivalent of getting a horrible fucking beating. All three demo tracks have been rerecorded and upgraded along with five new cuts. Each one as angry and vicious as the next. But more importantly! They are all well considered, with the riffs and harmonies really working well. And then there’s the relentless double bass filled drumming. And they kick your hole live, to boot! Which is where it really counts!