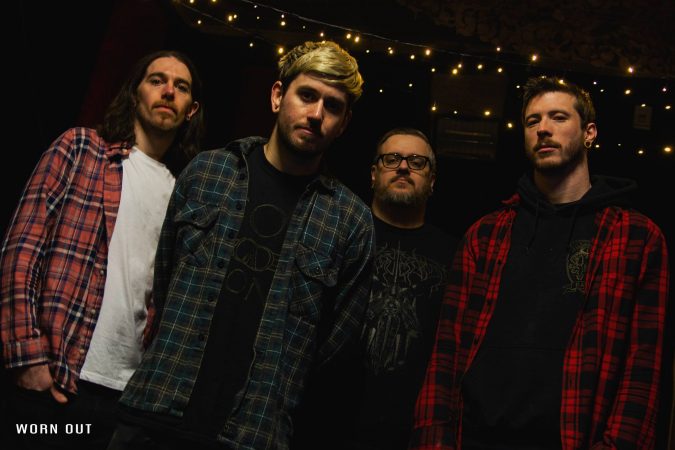 WORN OUT are a 4 piece Hardcore/Metal band from Cork, and follow in the footsteps of fellow Cork heroes BAILER. The band emerged from gestation with a blistering debut single and music video, “With False Hope” on the 17th December 2017 that sees WORN OUT let rip with barrage of riffs that stick to a very direct hardcore path. And the solid production courtesy of MURDOCK’s Aidan Cunningham compliments the bands style perfectly. An impressive debut, for sure. And undoubtedly there’s more in the pipeline from these lads.

2018-2019 saw the band record a couple of more tracks which they again released as video singles. “Circle The Drain” in April 2018 and “No Truth” in April 2019. Early 2019 also saw Isaac Riordan leaving the band with Alex Heinrich joining as his replacement. The remainder of 2019 was spent writing and recording for the bands debut EP which is due for release during 2020.