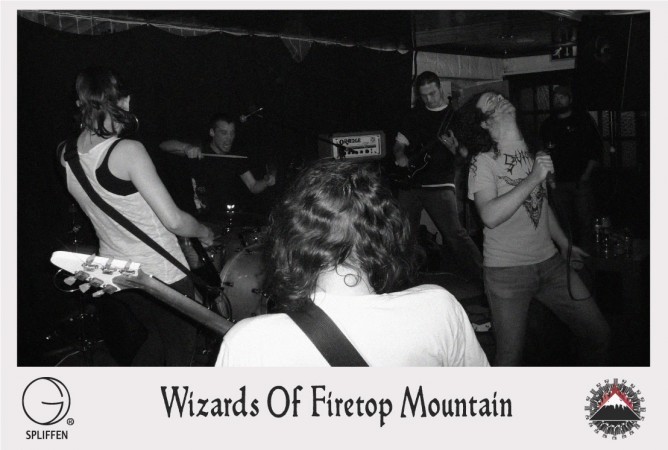 “With floods of fire raging from the rocky peaks, five wizards descended their sanctuary arriving many centuries later at the foothills of the ancient Gaelic stronghold of Dubh Linn (that’s Dublin, folks!) to unleash a furious wrath of Wizardry and Riffs upon the scorched- sunken soil.”

“Wizards go forth with stone and weed to conduct sorcery and onerous deeds. With heavy riffs we will give birth to rock and roll and hell on earth….”

Some new previously unreleased music from WIZARDS OF FIRTOP MOUNTAIN. Only this time it’s been released on Youtube in music video format. ‘Sonic War’ and ‘Dollar Hips’ from their two track demo already released online are quality tracks, but this latest one, ‘Onwards Towards The Sun’, stands head and shoulders above them as far as this listener is concerned. A full proper release from this band is needed.

The song was recorded by Shane Byrne and the video shot July 2011 by Keith Browett, a film student at IADT. Check out more of his stuff here…  KEITH BROWETT VIMEO.

Their Debut album has been in the works for a while now and is due for release through INTO THE VOID RECORDS. More on that when it surfaces…