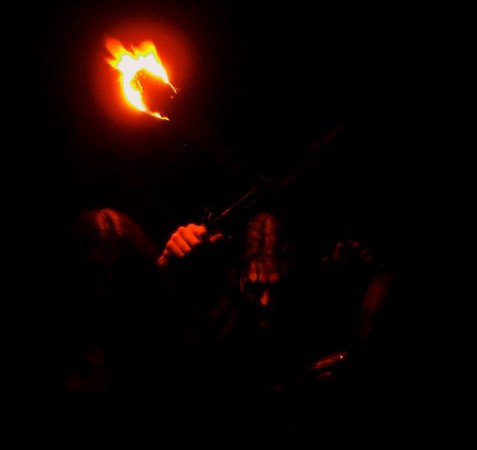 The short-lived WITCHHAMMER was made up of members from various other Cork based metal bands. They played a few gigs while they were active and recorded only one Demo/EP in 2004, ‘Neo Nazarene’, which included the infamous cover version of NICK CAVE‘s ‘The Mercy Seat’. It was recorded in the suitably necro-sounding Nuns Cemetery Studios (probably Steve’s gaff…!!!), Fermoy in 2003 and mixed in Empty Mixing Studios, Youghal in early 2004.

Overall! A really good demo that stood out at the time of it’s release. The NICK CAVE cover probably had a lot to do with it garnering some attention, but the demo still stands on it’s own merits. Well written, well played Black Metal with plenty of individuality to separate it from the typical Black Metal sound. The production is pretty raw sounding, which is to be expected from a self-produced Black Metal demo from back then, but at the same time everything is audible. The riffs are fast and very aggressive with plenty of furious quick blast sections scattered throughout. And rounded out with absolutely vicious and venomous Black vocals. Check it out for yourself on the player below! FREE download available also.

There was talk over the years of the band regrouping, at least for some gigs but other commitments from the members prevented this from actually happening.