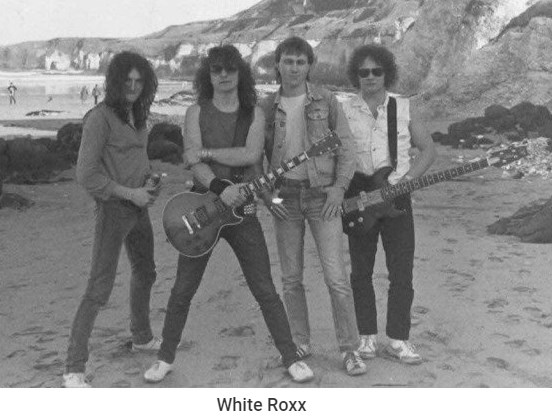 A Northern Irish hard rock/metal band that formed in 1983, WHITE ROXX gained some notoriety on the local circuit. The band were based in Portrush and derived their name from a local beauty spot, the White Rocks. The White Rocks car park was notorious as an out of town night time hangout for local low life. The WHITE ROXX demo album “On The Rocks” sold all 300 copies made within weeks of release. However, the band failed to make any impact outside their home market or to secure a record deal and split up mid 1986.

They would re-unite again for a one off ‘farewell’ gig in 1988 with John Manley filling the drum stool. This show was filmed and released on VHS under the title “On The Boxx”. There was also another short lived reunion with original members Douglas and McAllister being joined by guitarist Iggy and drummer Dave McBride.