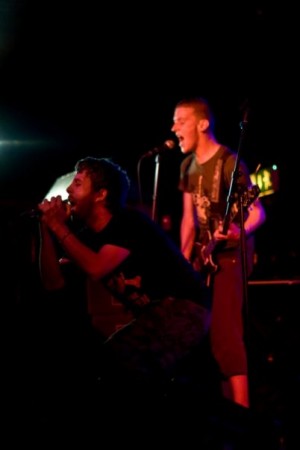 Formed in 2007 under the original name of THIS WEARY HOUR, by Eamonn O’Neill and Seán Murphy. The two of them wrote and recorded their first demo, “The Shadow Of Time”, which was released early in 2008 with James Kelly of fellow Cork band ALTAR OF PLAGUES sitting in on drums. A decent release, that took a fair bit of influence from early PARADISE LOST and MY DYING BRIDE. Particularly the later. Pretty much a typical demo quality recording, but the potential was definitely there.

The following year, with a full line-up secured. They released the “No Hand To Comfort You” EP. A much more accomplished doom metal release compared to the debut demo. The PL and MDB influences are still there, but not as apparent. They definitely struck upon something pretty much all their own, in my opinion. Everything was stepped up a good few notches. The writing! The playing! The recording and production! And last but not least, the deadly CD cover and artwork, which added that extra touch of quality to the release.

Shortly after the release of the EP, the band decided that a name change was in order. So have since changed their name to PEOPLE OF THE MONOLITH. They have yet to officially release anything under this name. But are currently in the writing process for their first full length release. Easily one of the harder working bands in the Irish Metal scene, they gig as often as possible. And have supported many established touring bands on their visits to Ireland, including SHRINEBUILDER, A STORM OF LIGHT, THOU, BLACK SUN and have played at DUBLIN DOOM DAY 2.