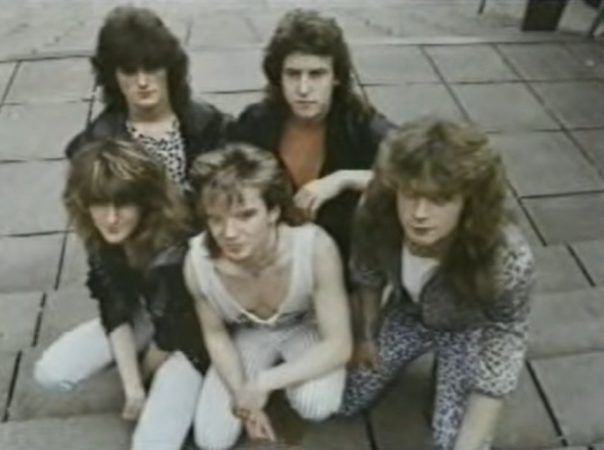 Hard Rock outfit from Dublin in the late 1980’s.
Release one 7″ Single on Vixen Records in 1988 called “Love Me For The Last Tinme” which was backed with “Broken Heart”

They also entered RTE’s ‘Screen Test’ competition in 1987 on which they performed a couple other tracks, “Holding On” and “Don’t Close Your Eyes”.