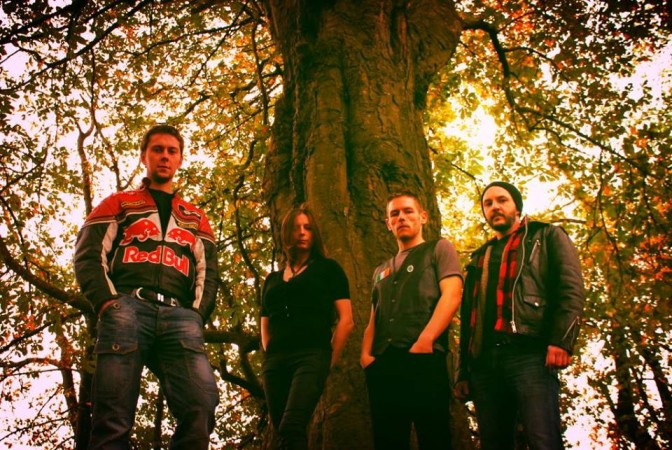 You’d be forgiven for think this band would be Thrash or something along those lines with a name like ROAD RASH. But far from it! They are Heavy Rock/Metal band from Tipperary/Offaly who originally started out some late 2012 as a trio. And obviously take their monicker from their love two wheeled vehicles. Their debut “Wolftrap Mountain” EP was officially released in July 2014 which was recorded and mixed by the bands drummer Daryl Hogan. A music video for the twelve minute title track was initially released in May 2014 to precede the EP. And a second music video for the EP’s opening track ‘Queen Of The Night’ has also been released along with the EP.

Soon after the EP’s release the band were joined by an fourth member, Danielle Egan, on organ and synths. And during the Summer of 2015 renamed the band UNKINDNESS OF RAVENS.