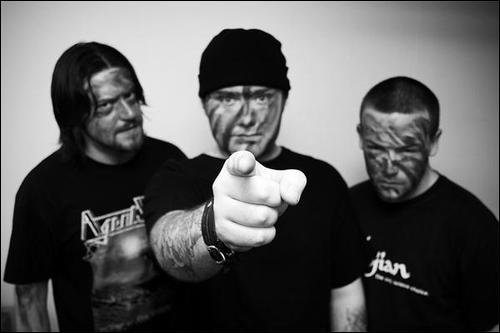 Raging Conflict are a metal band from Dublin (Ireland). Formed in 2006, they have been regularly playing the live circuit in Ireland, releasing their first E.P. “World At War” in January ’08 to considerable acclaim. Mixing a hefty blend of heavy hitting thrash, with fast and energetic hardcore riffage, Raging Conflict deliver a punishing onslaught of pounding metal that is sure to blow your speakers!

In 2009, after the departure of drummer Hynes, the band recruited Mark Eagers on skins, and Killian Gordon on second guitar to complete a new 4-piece setup.