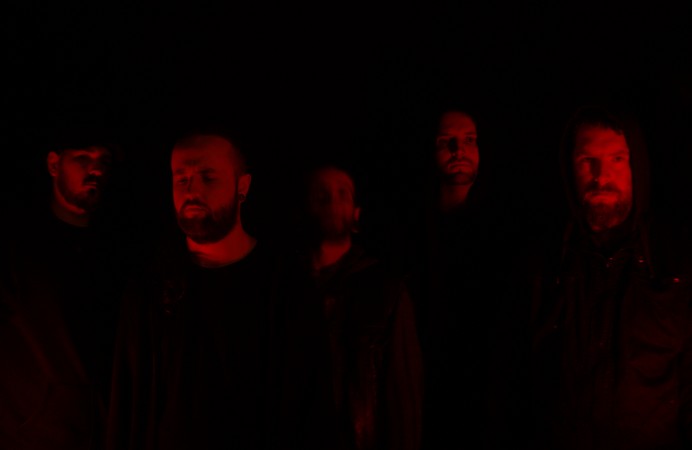 MORTICHNIA are a recent enough name to the Irish scene, but the players involved are certainly no strangers. Formerly working under the familiar moniker of WOUND UPON WOUND, in late 2014 it was decided a fresh start was needed, so WUW was retired and the latest line-up re-emerged soon after under the name MORTICHNIA, whose debut album “Heir To Scoria And Ash” was released on the 22nd April via the Apocalyptic Witchcraft label.

“Formed in 2014, Mortichnia was created with the shared goal of creating modern black metal with a cold and unforgiving edge.”

“Coalescence betrays intent, yet sombre heralds bear illumination into the abyss. Within murk, a downward spiral, culmination of endless contraction, a feral energy focused to a point.”

“‘Heir to Scoria and Ash’ is the debut album by Mortichnia. Recorded over a ten day period in December 2014 at trackmix studio, the record was Produced, mixed, mastered by James Kelly (Altar of Plagues), engineered by Michael Richards with Catherine Gavin providing Artwork.

Inspired by the burning fervour of black metal and the crushing despair of doom metal, ‘Heir to Scoria and Ash’ is a conscious condemnation of human frailty and an awakening of irrefutable regret. Drawing lyrical inspiration from misanthropic instinct, the work presented speaks of sullen wisdom, it’s begotten grief sustained by cathartic visions of impermanence. Which apses demands more? No bodies prostrate in twisted reverence before its cold logic.”