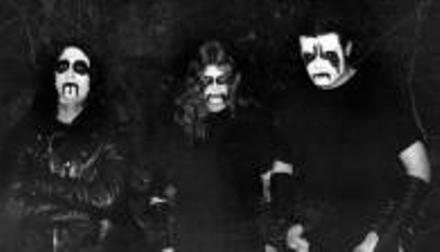 Black Metal band from Wicklow, formed in 1996. Released 2 demos that I know of. ‘Raven Lord’ in 1997, which the band themselves have called “a pile of shit”. And ‘Demonbreed’ in 1998. There’s word of a third demo, but I can’t find anything about it.

As far as the music goes! I can only comment on the ‘Demonbreed’ demo. Fairly straight forward black metal fare. The obligitary pointless intro track. Trebley, low bass with chainsaw-buzzing guitars. Cackling vocals, although not to the point where you can’t make out the lyrics. And not overly crusty sounding either. There was definitely some potential.