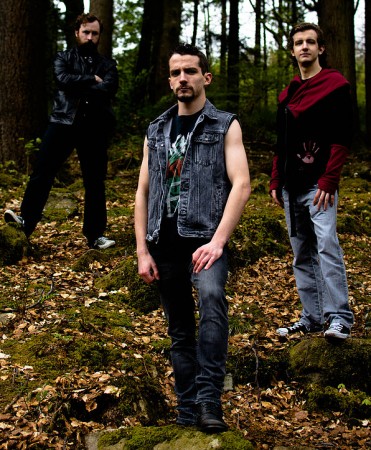 HUMANITY CHECK are an Irish melodic death metal band originating from North-Eastern Ireland. Founded in late 2015 by Guitarist/Vocalist Jordan McCormac with a vision of creating original and powerful music. McCormac recruited Cork native Mike Sheahan on Drums and Shane Callan on Bass/Backing Vocals and instantly set out to carve a unique sound built around melodic guitar solos and bone-crushing riffs influenced by a variety of bands including the likes of MACHINE HEAD, SYLOSIS and KILLSWITCH ENGAGE.

In early 2016 Alex McCormac took over Bass duties and Callan switched to Rhythm Guitar as the band continued to harness their unique sound performing at venues across Ireland such as Fibber Magees, Dublin and The Spirit Store, Dundalk. The departure of Callan marked the bands return to a three piece, however the remaining members continued to deliver energetic shows driven by their flourishing music and commitment to deliver a sonic barrage of intricate riffs and diverse melodies unlike anything previously heard.