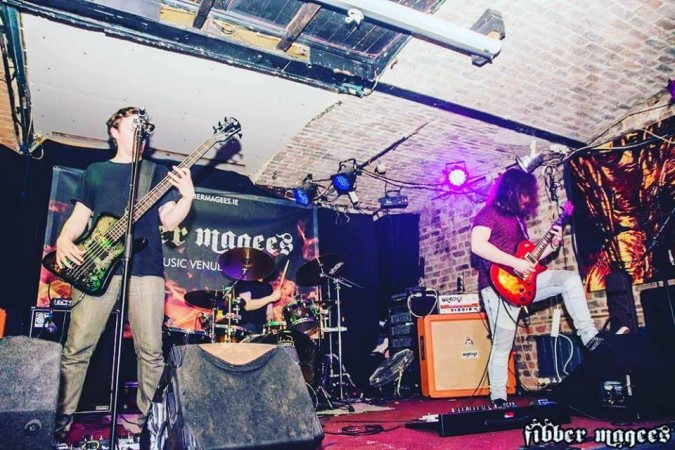 “GREY STAG are a sociopathic groove tyrant with a penchant for dank riffage.”
Or at least that’s how their facebook description goes, anyway.

The band have also made it to the semi-final stages of the Bloodstock ‘Metal 2 the Masses’ competition in Dublin after getting the judges nod of approval in their first round heat. And they are also competing in the first ‘Mammothfest Best Band 2018’ competition in Cork…

It’s early days for these lads. They released a very rough demo titled “Waves” in late 2017 which was available online through bandcamp, but has since been removed. And as of the 20th September, a proper EP titled “The Guide” has now been released. A fairly chucky sounding affair with equal parts ZHORA and MASTODON, all tossed around in gravel filled cement mixer.