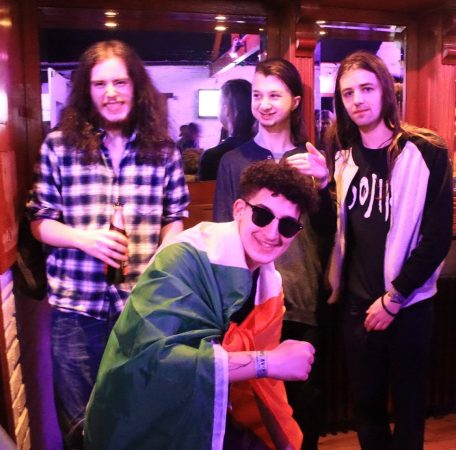 “Dirty Casuals is a butchered phrase used to describe a certain type of online gamer, but in this instance are a 4 piece Sludge outfit residing in Cork City, emerging into the Irish scene in late 2015 with thanks to a DoneDeal advert, the groups founder Jim Spillane (Guitarist) along with co founder Kevin Roche (Guitarist) would meet Samvel Hovhanisyan (Drummer) through the advert and began to sow the seeds for the future, following a few initial practices Rory Taylor (Bass) would add his musical stylings to the mix and the band began their journey.

The band would record a 3 track demo released on their Youtube channel in 2016 before a myriad of line up changes and other issues the band would finally lock in a stable line up with addition of Liam Whitnell on vocals in 2018 just in time for their first EP release “Light and Dark Matter” a 6 track EP that was well received placing second in the “Best EP” category in the Irish Metal Poll awards, in 2019 after an extensive 2 years of gigging absolutely everywhere and anywhere from Cyprus Avenue to the back arse of Drogheda the band would take some time away to record their 2019 release, a 3 track EP that has earned them much praise for it’s production and quality.