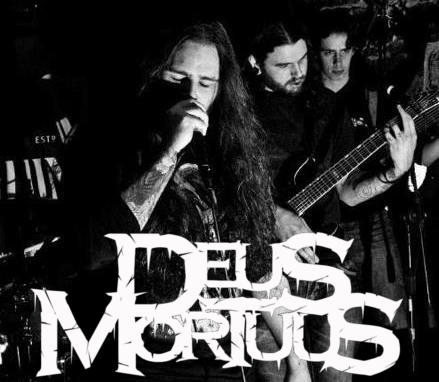 DEUS MORTUUS are a five piece Death/Thrash metal band from Navan in Meath. Started in June 2012, the 5 members were drawn together by a love of extreme metal. They have been patiently gigging and rehearsing and posted 5 rehearsal tracks online during the last year which have now been recorded properly and most of which are now released on the bands debut ‘Laws Of Kings’ EP in early 2014. The EP is also featured on the Irish Metal Archive’s split CD along with ÍWERIÚ, MAUSOLEUM and ZYLUM.