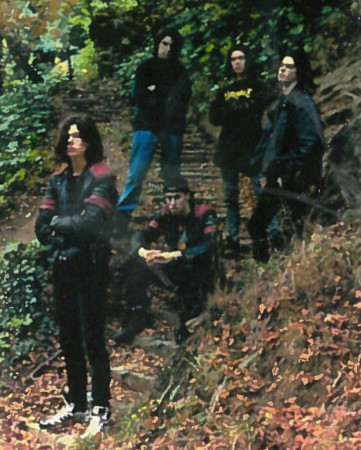 Originally formed as Death/Thrash band BEREAVED back in 1992 from the remains of two previous bands, BLASPHEMY and DECEIVED.

This early incarnation recorded two demos. ‘Signs Of Death’ in 1992 and ‘Tortured Souls’ in 1994. The decision was then made in 1994 to change to a faster and more brutal Death Metal style, so they changed their name to ABADDON INCARNATE. The band eventually evolved further and are now one of the best Grindcore bands going today.