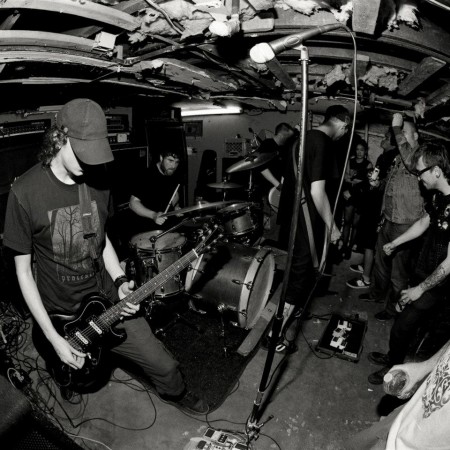 They released theyr debut 3-track ‘Attica EP’ in March ’08 through DISTROY RECORDS and a split 7″ with BURNING PROSPECT through SUBURBAN MAYHEM RECORDS. Their debut full-length S/T LP has just been released again through DISTROY RECORDS. It was recorded at The Hive Stodios and consists of 8-tracks. The LP comes on heavy 180g vinyl in a thick cardboard cover with incredible (seriously! check it out) artwork done by Glyn Smyth at SCRAWLED DESIGN with a download code for a digital version of the album

“With Elements of FROM ASHES ARISE and KYLESA forming a raging, spiralling monument of caustic desperation, this is never reductive. Refusing to take the easy option and revelling in a staunchy progressive approach to hardcore, this is like Neurosis raised on amphetamine and tempered with weed: excellent.”  –  Review from ZERO TOLERANCE

BACCHUS made their EP and the Split 7″ free to download and to re-blog from their own MEDIAFIRE page which they posted on their own TUMBLR band website. See the screen shots in the picture on the left and check out this link to their TUMBLR ENTRY.