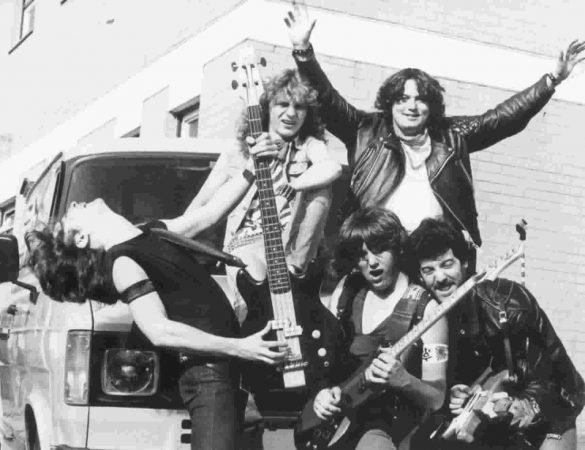 ARCHIE THE LEPER was a NWOBHM band based in Downpatrick, Northern Ireland (1980-1984).
This song (‘Ecstacy’) was written by John Manley and Danny Trainor in 1980. As far as I know this is the only recording of ARCHIE THE LEPER.
There were other recordings, but those seem to have gone AWAL.

1984 lineup of ARCHIE THE LEPER is also featured in the photos that make up the “Ecstacy” Youtube clip. The members of that line up were as follows:
Brendan Kelly – Vocals
Jim Taggert – Guitar
Ed Hodget – Guitar
Pete Manley – Bass
John Manley – Drums

Also include are versions of other ARCHIE THE LEPER songs performed live and re-recorded by some of it’s members.