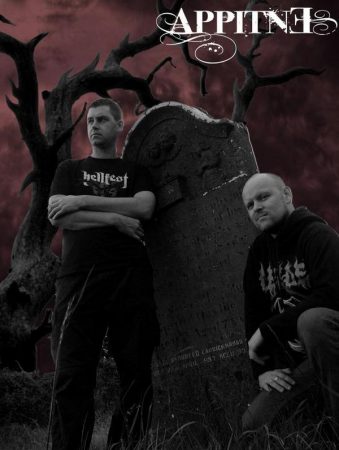 APPITNE was formed in the year 2000 after it’s two main members finished up with their previous bands, MANIFEST and PROPHECY.

The band released two demos/EP’s early on. The self-titled “Appitne” demo in 2000 and then the “Endless Pathways” EP in 2001, which also had a video to accompany it’s lead track ‘Rise Again’.

The band went pretty quiet for a while after this with the line-up changing and genre/style changing a bit also. Various further recordings were made in 2011 and 2013 with John Rankin being the only mainstay with the group.