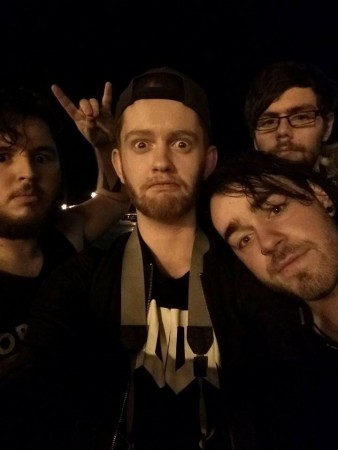 “ANTIDOTES are a 4 piece Metalcore/Groove Metal from Dublin, Ireland. Formed in 2014 by Rob Gaffney, Donal Bowens and Stephen Cannon, the band set out to take the Irish metal scene by storm with a unique brand of metalcore with emphasis on crushing riffs combined with effective songwriting.

After months of writing and rehearsing the band recruited bassist Jessie Ronan into the band to make up the lineup. After 6 months of playing shows around the Dublin the band were announced to support Irish metal heavyweights RED ENEMY. The show is still one of the most memorable to date.

After 3 years of playing shows all around the country, the band had parted ways with Jessie Ronan. Keen to begin the new chapter of ANTIDOTES, the band recruited longtime friend Leigh Walsh to play bass.

With our debut E.P on the horizon, the new chapter of Antidotes has begun.”