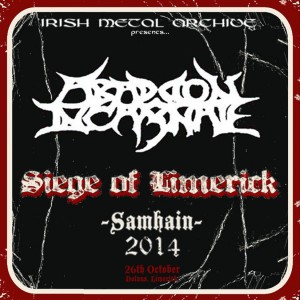 Finally! We reach the end of our live recordings from last October’s ‘Siege Of Limerick – Samhain 2014’ all-day metal festival.

And to round it all off we give you the full and devastating set from one of Ireland’s longest running bands… The incredible death/sludge/grind/punk/crust machine that is the mighty ABADDON INCARNATE.

Originally formed as Death/Thrash band BEREAVED back in 1989, this early incarnation recorded two demos. ‘Signs Of Death’ in a1992 and ‘Tortured Souls’ in 1994. The decision was then made in 1994 to change to a faster and more brutal Death/Grindcore style, so they changed their name to ABADDON INCARNATE and since then the band has released a demo cassette, two promos, four full-length albums and most recently a Split 7″ with US grind band PHOPIA was released in 2011.

The band has played alongside notable bands such as OBITUARY, NAPALM DEATH and BOLT THROWER also performing at the London Death Fest, Day of Darkness, Dublin Death Fest and the Siege Of Limerick. They have toured extensively in Europe including Spain, France, Britain, Switzerland, Germany. They have also toured as far away as Russia, Australia, and were the first extreme Irish metal band to play in Ecuador, Colombia and Peru. 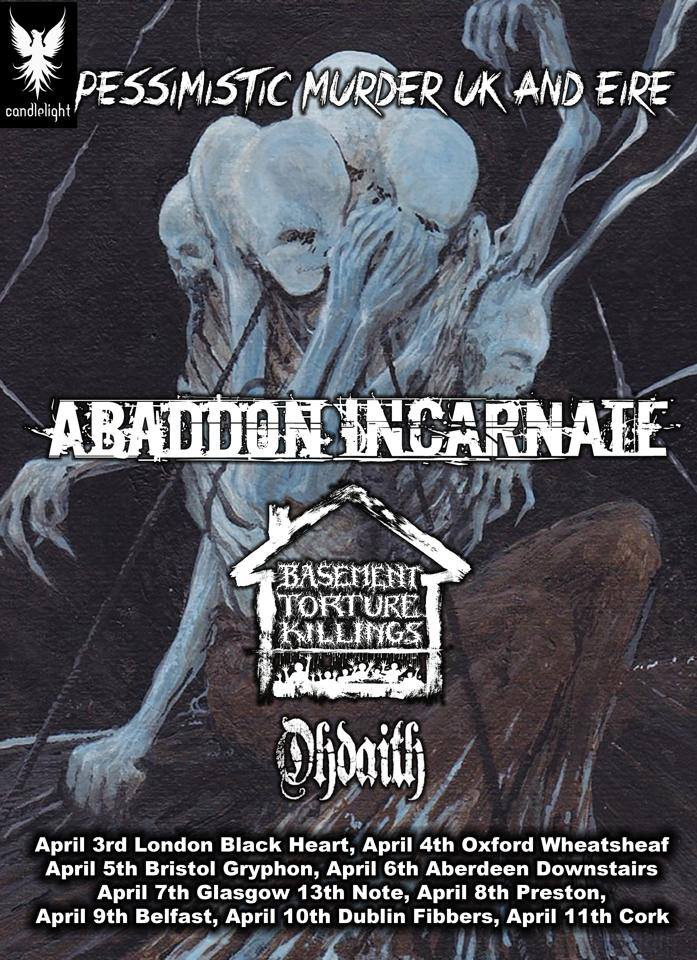 As of February 2014 the band have signed with Candlelight Records who will be releasing the bands fifth full-length album ‘Pessimist’.