As software and equipment becomes cheaper and easier to use, recording at home becomes a more feasible prospect.  Bands are able to come together despite the geographic separation to make music.  This is the realities of life for most working bands.  The days of going into a studio for a month or two is long gone.  Even some of the bigger bands have to operate around a work and home life schedule.  The results have become increasingly sophisticated and professional sounding, especially in the hands of a capable producer.  The recent release by THE VICIOUS HEAD SOCIETY was evidence of that.  The days of a home produced album sounding like it was recorded in a bath-tub are long past us.

And then you get a demo like this.  Essentially the solo work of one Shannon Bowman.  The bedroom project under this particular moniker was originally designed for the creation of dark electronic material and possible remixing of other people’s work.  His first album, “Mechanical Society”, found itself straying more into black metal territory.  And to what he describes as ‘Dungeon Synth’.  This particular demo has been released up on bandcamp, as he sought to find a label for other work he was active with. 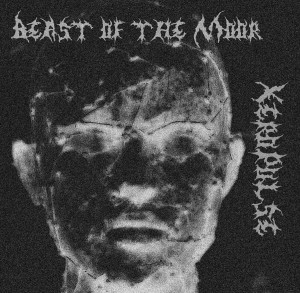 Some debate has been stirring recently of what a demo can be described as.  The original sense of creating a self-produced handful of songs in order to create interest from record labels or to generate attention from fans ahead of an official release.  As smaller labels have been set up in the underground to allow bands to get a physical release, the demo has almost become subverted.  But bands still get the credence for releasing these.  You could not mistake this for being anything but an old-school demo however.  It is almost hilariously stubborn in its adherence to the sound quality and playing.

The three tracks (plus two others featuring Darragh of HORRENDA) are all of varying quality.  ‘As Armies Fall’ and ‘Mossy Ruins’ both feature slow, deliberate and drawn-out build-ups.  The atmosphere twitches and pulses rather than actual movement.  The latter track also incorporates some decent Celtic sounding plucking to begin with.  Its title track, features acoustic guitars before leading into a more epic sound than before.  He is perhaps not breaking the mould but kudos for the ideas.  Generally the drums are solid throughout and blast away impressively on ‘Night Dance of the Fire Fairy’s’.  There is obvious nods towards his Irish roots at different points as well.

Overall, it generally suffers from the sound issues and a lack of focus at times.  Bowman seems determined to release a death metal album and also an electronic soundtrack in the next few weeks (another Dungeon Synth album, “Winter Dies in the Eastern Mountains” has already been released).  Impressive work rate and creative urges but may need to work more on the quality, rather than speed and quantity.