Despite the relatively small music scene operating in Ireland, we certainly have punched above our weight when it comes to progressive music. From MELLOW CANDLE, LOUDEST WHISPER, EIRE APPARENT and Dr. STRANGELY STRANGE in the sixties, FRUPP, MOVING HEARTS and THE HORSELIPS in the seventies to more recent outfits such as THE REDNECK MANIFESTO, GOD IS AN ASTRONAUT, ALTAR OF PLAGUES and MEGACONE. A restless sense of adventure, an artistic flair and a spirit of imagination and humour is necessary for such music to thrive. And we have that in spades.

Lately most of the bands included under the prog umbrella have been on the heavier side. They have taken the virtuosity involved with the genre and aligned it to the tougher side associated with metal. The popularity of Djent, progressive metal, post metal and technical death metal has all seen bands spring up in their wake. TEXTURES, ANIMALS AS LEADERS, PERIPHERY, CHIMP SPANNER and obviously MESHUGGAH and DEVIN TOWNSEND have lead the way and many are following them. It is therefore necessary to have enough of your own personality, style and charisma to be able to stand out from the crowd. Commitment to speed and dexterity is not enough. Happily, the likes of DARK MATTER, SHARDBORNE, HEDFUZY, THE VICIOUS HEAD SOCIETY and YURT have all been able to stamp their own identity on matters. As have relative newcomers SHATTERED SKIES, established in 2011 and originally based out of Wicklow and Dublin but now relocated to London.

A series of well received EP’s (“Reanimation” and “Pianomation”) led to the release of their debut album, “The World We Used to Know”, in 2013. This led to them being invited to play at the likes of UK Techfest. ProgPower in Holland, Norway’s Blast Fest and EuroBlast in Germany. Having already experienced line-up alterations at the beginning, to then have more did make people wonder about what the status of the band were in. Uncertainty can play havoc with a band’s development. Thankfully events seem to have settled down and looking to the future. This is the first portion of a two-parter scheduled for release this year, with an album combining the two afterwards.

Events kick off with ‘Circling the Drain’. It sets out much of the characteristics that we can expect from the band. The sound is crisp and clear, whilst the playing combines technicality and groove. Ian Rockett’s riffs are nice and chunky. Space is allowed for ideas to develop, before exploring new ones. At times they are complemented by the keys which helps to add to the melodic structure of it rather than over-powering it. Meanwhile, Ross McMahon’s drumming is sturdy and rhythmic. There is a slight whiff of James LaBrie in the sound of new vocalist Gerry Brown at times. For some, this could be off-putting but it matches well. This all builds to a resounding chorus which keeps the mood in an upbeat fashion. The slow start to ‘No Ones Safe’ would almost make you imagine that a power ballad is on the horizon. This soon mutates into a twisted prog metal riff before the song truly begins. Each member is allowed their own particular room to shine in movements that help drive the song along, rather than delaying it. The mood switches yet again towards the end as the band display wonderful knack of storytelling. 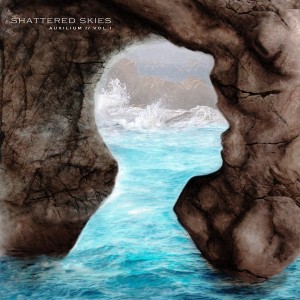 ‘Hold On to Your Life’ is the longest track and probably one of the most interesting one. Kicking off with a propulsive groove, the band shows their full list of tricks to suck the listener in. New bassist, Harley Cotton, particular shines with a thick and slinky throb. As the tempo drops, a delightful display of key work makes itself known. A few classical flashes are thrown in for good measure as a nod to former progressive wizards. There is more variety in the vocals which occasionally veer into growls. Perhaps by delving into a tougher feel, they might be able to gain a new audience or compete with bands in other genres. By overdoing it however, they risk alienating some of the current fan base, so for now it is kept to a minimum. ‘Upsurge’ starts with a chaotic sounding riff before it delves into a slower and more melodic feel which helps to break up the pace and adds greater variety to the EP. The build in this song is haunting,  creating tension and the edge in the vocals really seals the deal leading into the chorus. All backed with some beautiful guitar lines.

The whole EP reaches a conclusion with ‘The Reprisal’. This has been released previously as a single ahead of this. It takes all of the elements from above to create something assuredly dynamic and interesting. Its mix of ideas is something that will stay with you for quite some time. The myriad of tempo changes and deviations show a band not afraid of doing something offbeat and alternative. Overall, this is an extremely promising return for the band. With part II due later on this year, there is definitely more to come from them.