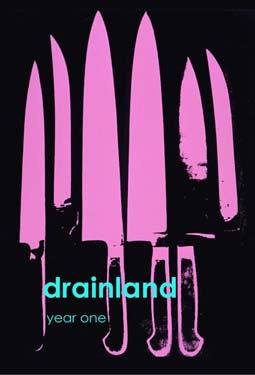 TRACK LISTING ;
1. Alien I-IV
2. Slug Impersonator
3. Jesus Scares The Shit Out Of Me
4. The Burning Time
5. Dead Hand Of The Future
6. Brian Conniffe Vs Drainland

A discography of Drainland from 2006-2007 up until their vocalist Liadain left.
Tape release limited to 50 copies.
Also released as a UK tour CD in December 2007, without the final remix track.

The track ‘Slug Impersonator’ was originally a track by an earlier band called ALREADY DEAD and was featured on their unreleased 3-track Demo 2003 and also on their 5-track S/T Demo tape from 2004.