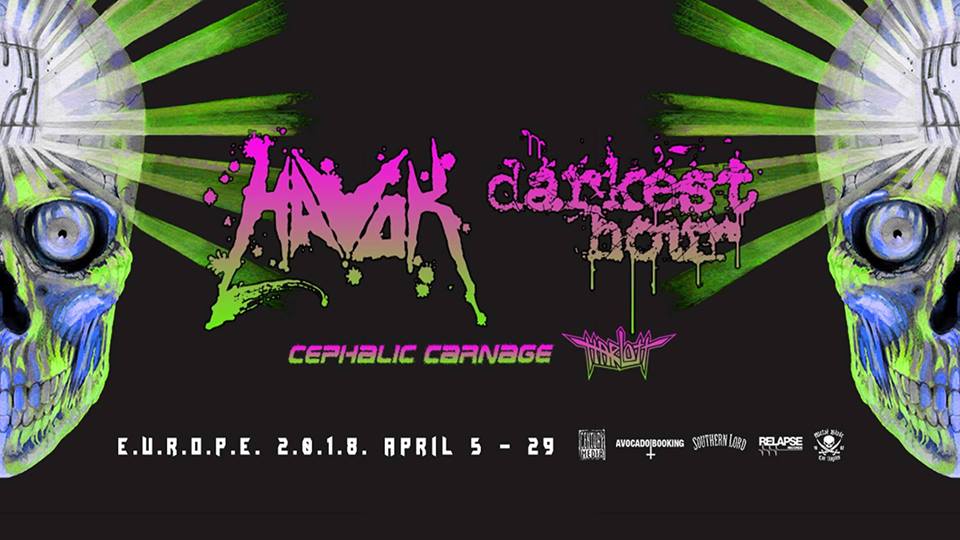 An evening show in Dublin can often pose issues for those living outside of the capital. This is accentuated when this occasion takes place during the week. The hassle of finishing early from work, plus transport there and back, all need to be taken into consideration. And even if you manage to get the time off, many of those you know will be stuck working, meaning a journey by ones self. All of which can drag heavily if the bands are ones you have seen multiple times, have very little interest in or are lacklustre on the night.

Which is what I couldn’t have seen happening tonight. All four bands are extremely highly regarded in their own field and have been receiving high praise so far on this tour. So time to hop aboard the bus up to the smoke. A bright and sunny Tuesday afternoon would have seen many on their way home from work. For those gathered outside the Voodoo, the evening was only to begin. For an early doors event, plenty are congregating outside already, waiting on the show to kick off. Discussions arise as to who people are most looking forward to seeing, where everyone have arrived from and experiences of seeing bands in the past. Even a pair of drunks ripping down referendum posters across the street fails to dampen spirits.

HARLOTT were the band tasked with kicking off proceedings. They have been building up a strong reputation via a number of powerful releases since their formation a little over ten years ago. The Australians impressed many when they last visited these shores supporting ANNIHILATOR a few years ago. Attendees trickling into the venue are soon caught up by their infectious energy and tight musicianship. And many I spoke with upon arriving were most excited to catch them yet again or for the first time. They kick off their set with the title number from their last offering ‘Extinction’. The strength of this is a demonstration of their desire to keep things fresh. And this newer material sits well with their more familiar work. ‘Denature’ quickly follows and the band are clearly cooking now. Andy Hudson and Jake Weber trade solos with each other, Tom Richards provides strong backing vocals and Tim Joyce is in charge of a decent back-beat. Great to hear a number (Effortless Struggle) from the ‘Origin’ debut album. Another new contribution arrives in the guise of ‘The Pentient’. By their closer, ‘Means to an End’, any curious on-lookers or late arrivals have been hooked. The venue is filling quickly and plenty of heads are banging. They get a rapturous applause upon finishing up. Hopefully it will not be too long before they re-visit us. 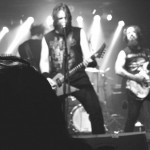 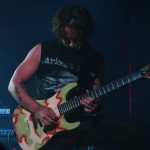 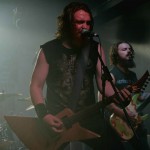 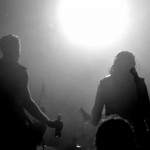 I sat down with Andrew Hudson afterwards and he spoke at length on a number of different issues. He was delighted with the reception and the feedback afforded to them by the fans. Unfortunately, this cut into part of CEPHALIC CARNAGE’s set. They were playing away in the background whilst we were speaking. Definitely one of the reasons why this line-up was one of the more electric ones. Their mix of grind, death, doom and stoner sets them apart from most other bands out there. Although seemingly content to play the role of support tonight, they could easily headline in their own right. Arriving down in time to see them ‘Kill For Weed’, it is clear that the lads are on top form. Lenzig Leal issues plenty of shout outs for munchies, beers and sweet Mary Jane litter the number. As usual, the face masks make an appearance. The band are having as much fun off the audience as we are from them. Having been slightly lacklustre when played here before, the sound is absolutely crushing for them tonight. Such a heavy and unforgiving bass and guitar showing from Nick Schendzielos, Steve Goldberg and Brian Hopp. They close off the set with a pair of tunes from the fantastic ‘Lucid Interval’ LP. Its title track and fabulously named ‘Black Metal Sabbath’ go down an absolute storm. We are still waiting on that new album guys though! 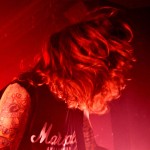 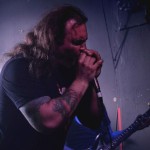 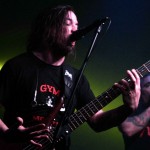 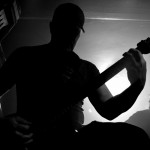 It might be only a few years since CEPHALIC CARNAGE last played here. It is nearly fifteen years since DARKEST HOUR last graced these shores. That was somewhat of a ramshackle tour. Dates in Limerick and Galway took place in front of energetic locals. The band had just lost one of the guitarists, often they performed in venues unused to dealing with metal bands and paired with mainly metalcore and hardcore bands. It was perhaps indicative of where their style lay at the time. Since those early New Wave of American Heavy Metal days, they have evolved into more of stream-lined outfit taking its inspiration from the nineties Gothenberg scene. Famed brothers in arms with CEPHALIC CARNAGE when it comes to weed, they insert ‘The Next Episode’ as their entrance music. Their recent material is keeping up to impressive standards. ‘Godless Prophets and the Migrant Flora’, might be somewhat of a mouthful but featured highly on top albums of the year for last year. Confidence is shown by opening up with a blistering ‘Knife in the Safe Room’. It was in the mid-2000’s when they began to make their transition into the band that we know now. ‘Convalescence’ and ‘Doomsayer (The Beginning of the End’ are a reminder of a band starting to form their sound. They even go right back to their sophomore album for ‘An Epitaph’. Even in those early days, they still knew their way around catchy and powerful riffs. Mike’s Schleibaum and Carrigan, both peel off licks effortlessly. The line-up has been together for a few years now and you can tell they are well honed. ‘The Human Romance’ perhaps marked the band’s most emotionally driven album. ‘Violent by Nature’ does not lack any weight behind it however. Aaron Deal and Travis Orbin provide the platform for all of this.

A pair of recent numbers follow. ‘Widowed’ and ‘Those Who Survive’. Both of which sound immense to these ears. The new album really seems to have a focused sense of aggression and it comes across well here. John Henry, who has been providing the growling and screaming tonight, steps forward to make a statement before issuing their cover of Dead Kennedy’s ‘Nazi Punks (Fuck Off)’. The rise of groups across the world at the moment who believe that hatred and oppression is something to be proud of. They need to be told otherwise. It is a number I have always enjoyed but normally only having the live NAPALM DEATH version as a point of reference. They perform a cracking rendition in their own right. A brief respite while they temporarily depart the stage. No fear of them calling it a day just yet though. ‘With a Thousand Words to Say But One’ and ‘The Sadist Nation’ leave the crowd roaring their approval and demanding more. Hopefully there will not be such a wait until the next performance here. Well played lads. 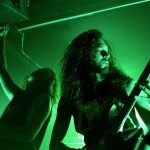 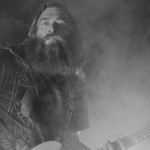 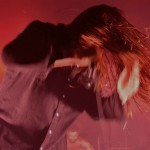 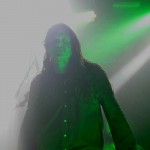 And on to the headliners. As the evening opened with a thrash band, so it comes full circle. After playing here twice in successive years at the Pint in the early part of the decade, it has been a few years since they visited these shores. It is great to have them back therefore. It possibly helps that Nick Schendzielos shares bass duties with them and CEPHALIC CARNAGE when this was being set up originally. As with most of the bands playing this evening, they are doing so on the back of an album released last year. They are still on a touring cycle in support of ‘Conformicide’. That album built on their songwriting abilities with their tirades against organised religions, political corruption and personal alienation. They also added a new technical element on to their already impressive musicianship. It is perhaps with this in mind that they open up with ‘Hang Em’ High’ with its themes of media manipulation. ‘Time is Up’ became one of the defining albums of the ‘New-Thrash’ era and it is appropriate that ‘Prepare for Attack’ gets an airing. Especially considering the ferocity with which they are piling into this performance. The riffing is thick and meaty. A distinct air of the Teutonic school and the likes of Exodus and Dark Angel. Reece Scruggs in particular is laying down some killer lines. Another ‘Conformicide’ number arrives in the guise of ‘F.P.C’, before a ‘Time is Up’ one-two of ‘Out of My Way’ and ‘Covering Fire’ respectively. This is book-ended by another new track in the form of ‘Masterplan’. Everyone in attendance is hooked as pits begin to emerge throughout the hordes.

They band are not just content to play by the numbers and do just enough that is needed. I believe it was Scruggs who incorporates a guitar strap that lights up intermittently to add to the spectacle. Vocalist David Sanchez is at breaking point with the intensity which he puts into his delivery. Pete Webber may be slightly obscured from the crowd at the back but pounds away relentlessly. The title number of 2012’s ‘Point of No Return’ along with ‘From the Cradle to the Grave’. In between are a few more new songs. ‘Intention to Deceive’ in particular sounds massive to these ears. And appropriate for when it arrives. The band feign to leave the stage in order to get the crowd demanding for more. Which of course they do. A hard hitting and fun cover of AC/DC’s ‘T.N.T’ occurs. Definitely one to get the hands clapping and feet stomping. Perhaps a nod towards our Australian guests from earlier on? The set is complete with a rip-roaring version of ‘Time is Up’. Its arrival being sadly prophetic. If it has to finish, you may as well finish in style though. 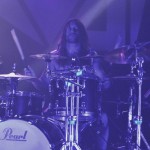 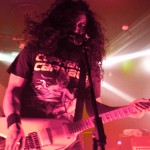 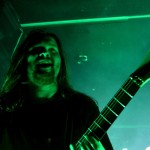 Particular nods towards the staff and promoters who put this event on. Fantastic to see such a varied line-up and also for an almost full Voodoo Lounge. Admirable considering it is a mid-week show. Metal in Ireland is still alive. The merch desk seemed to have done decent business for all of the bands. Drinks are drunk, chats are exchanged and plans are made for the remainder of the night. For me, a bus awaited, so it was homeward bound. Hopefully they’ll be visiting here again soon.