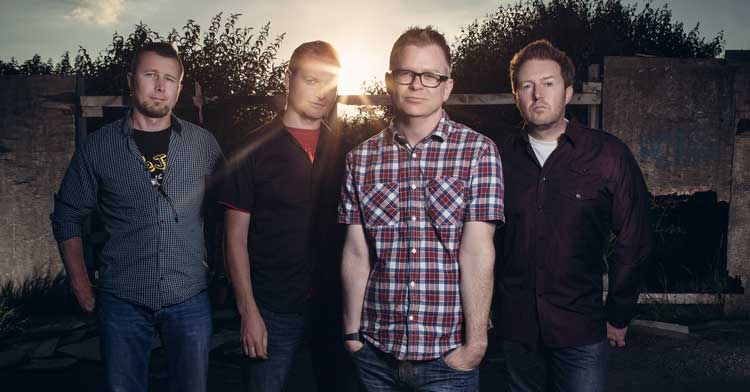 ‘Electricity’ is the band’s first song to be written and recorded since 1998 and sounds like the band had never really been away. It’s a quick three minutes of Pop-Rock/Metal, following their sound and style set on their classic ‘On The Turn’ from 1997 perfectly. Definitely much catchier than the post-KERBDOG outfit WILT did back in the day, to these ears.

‘Electricity’ will be released as part of their new Pledge campaign-funded live album, ‘Congregation’ due out on the 6th October alongside another new studio recording of the previously unreleased song ‘Soaking Wet’ which was originally demoed back around the time of their ‘On The Turn’ album and, if I recall correctly…, intended as a b-side for their first American single from that album. The fifteen live tracks on the album were recorded in Dublin, Bristol and London last year.

To celebrate the release, KERBDOG have also announced a bunch of UK/Irish shows this November. The band are also giving fans the opportunity to win a pair of tickets to a show of your choice. Simply head over to the KERBDOG facebook page and share this post for a chance to win…