THE VICIOUS HEAD SOCIETY is the brainchild of Irish guitar virtuoso Graham Keane.

So the Irish Metal Archive thought it would be worthwhile to get some insider info on the album “Abject Tomorrow”, and the man Graham Keane himself, ahead of the official release on the 24th March 2017.

Why don’t we do the obvious and go back to the beginning. Can you give us some background on the project? How and when it all really started?

There were some early tracks and demo versions that appeared online every now and then. I remember your old Myspace and Bebo page (now gone) having quite a few songs between them for an album or EP called “Dystopia”. Was this ever properly seen to fruition, or simply a pre-cursur to “Abject Tomorrow”.

Did you ever think you would search the Globe looking for musicians such as Derek Sherinian and Kevin Tally to get involved in the project?

“Abject Tomorrow” clocks in at just over a whopping 73mins. Were you conscious of the time constraints on a standard CD? Were you ever tempted to go down the classic prog double album road?

You recently joined Pat Byrne on stage for first live outing of his prog rock/metal band HEDFUZY in Limerick. Have you any plans to do the same with TVHS?

A fairly odd one for you now, but what the hell!
Would you ever consider doing a TVHS & HEDFUZY hybrid band to take both on the road?

Back to the album again! It was obviously a massive undertaking for you, personally? Did you ever think to yourself, “Ahh, feck it” and threaten to pack it all in?

OK! Finally. And sorry if this is too much…
But my nerd/OCD compels me to ask!

With it being a concept album, there is an awful lot to process. So I was hoping you would be able to give the Archive and folks reading a track-by-track breakdown, to give some insight into the themes and what’s going, as well as which players/guests were involved on each track. 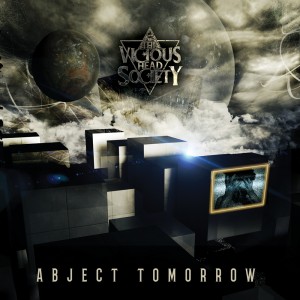