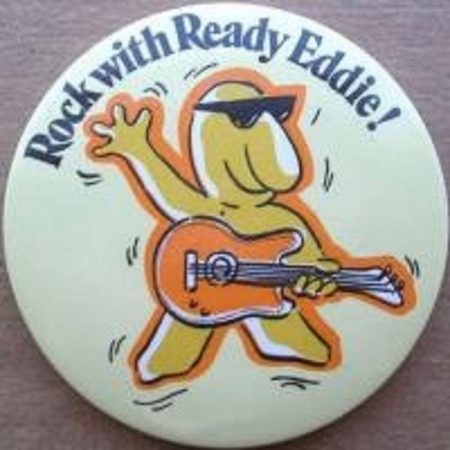 Thanks a million to Colin Chandler for passing on info and rehearsal recordings for T.i.T.

The T.I.T name stood for Testicles In Torment and they were a piss take band.

They were formed by Eddie Kenny (guitar) / Donal O’Mahony (drums) / Mark Rush (bass) / Fergus (guitar & vocals) in Cabra, Dublin around 1987. They practiced covers in Donal’s garage and then started going to Apple rehearsal studios in Dublin City Centre on a regular basis.

In 1988 Fergus left and his position was taken over by Colin Chandler (guitar) & Dave Quinn (vocals) and they started writing their own tongue in cheek style songs. These included “Napalm Smurf”, “I Eat Ready Brek” and their own Dublinese version of Salt-n-Pepa’s classic “Push It” called “Smell It”.

Their first gig was in the Earl Grattan in 1989. Later that year Donal (drums) stepped down and was replaced by Brian Rooney. Eddie Kenny (guitar) left in 1990. They played various gigs in 1990 in the Earl Grattan, The Fox and Pheasant & MaGonagles for ICE Promotions (Neil) and supported Dreamcreeper, Cursed Earth, Predator, Smeggy Angus & The Thermonuclear Space Warriors and others…

In 1991 they played Charlies Bar with Asphyxia. Both bands were to be support for the Bolt Thrower gig in MaGonagles on 1st of March (then changed to 14th of March 1991) but about 2 weeks before the gig Mark Rush (bass) left the band due to a workplace accident where he lost the thumb on his right hand and Dave “Caveman” Kennedy took over on bass.

Late in 1991 they recorded a rehearsal demo in Apple rehearsal studios with friend of the band Anto Cumiskey. They used an electronic drum kit and recorded about 5 songs but it was never officially released.

The early 90’s was a bad time in Dublin for metal as Grunge and “E” influenced Dance music was becoming more popular. Metalheads also had to run the gauntlet with the infamous “ticket bashers” active at most of the larger metal gigs in the City.

Towards the end the band had a bad reputation due to fights at their gigs so it only added to the reasons to break up which they did around 1992.