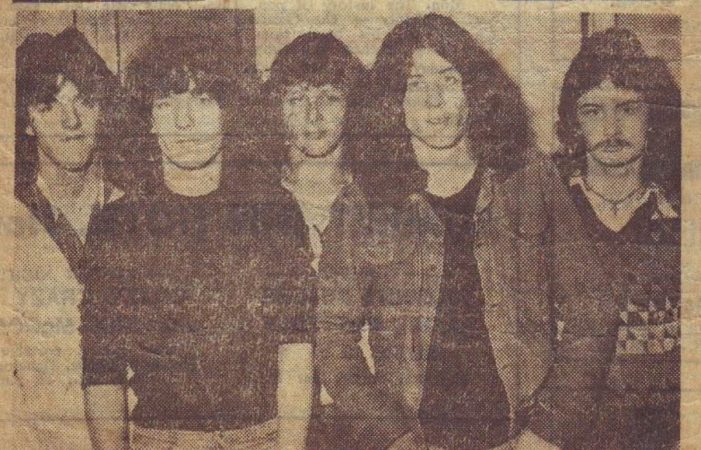 Formed in Dublin, Ireland, Stryder were together as band from 1977 to 1982. The band was considered part of the NWOBHM movement that took part in 1978-1982 and have a storied history of live performances, musical arrangements, and studio recordings.

STRYDER won the 1979 Battle of the Bands competition which awarded them a recording contract. From that contract came their sole 7” single “Forcin’ Thru’ / Settle Down”, which is among the rarest singles from that era and a holy grail to collectors. For the first time in 40 years the single song plus 6 unreleased songs recently re-discovered from sessions, recorded in the early 1980’s for the Dave Fanning Rock Show on Irelands National Radio Station RTE, will be featured in the bands CD “Darkened Days” out in December 2021. The CD features the bands original line up… Alan Quigley (Vocals), Joe Wearen (Guitar), Ger Kennedy (Guitar), Brian Whelan (Bass) and Eugene Giblin (Drums).