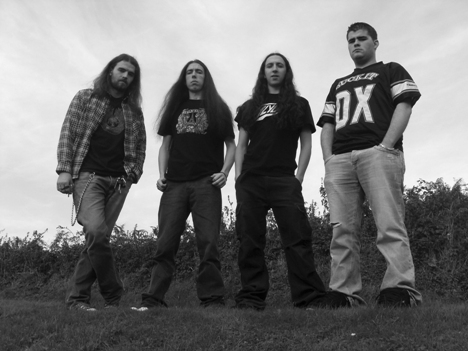 Saviours of Sin hail from the south coast of the emerald isle, along the banks of the infamous Blackwater River.

The band was formed by brothers Noel and Phil in the summer of 2005 after becoming inspired by the likes of Philip Lynott, Iron Maiden and various Irish traditional musicians.

Over time the group has evolved and flourished into a unique live band known for intricate melodies and haunting lyrics. After various personnel changes the line-up was completed by the arrival of long-term guitarist Sully and later James, and began to head into a new musical direction as each members diverse influences came together and created a new sound.

At present Saviours of Sin play melodic metal which at times exhibit elements of pagan, thrash and even traditional music. But no matter what style of music is played by the band their Irish heritage always come to the fore and permeates through their songs and live performances.