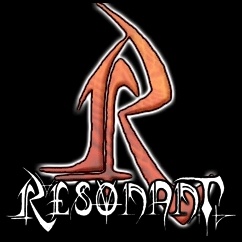 RESONANT were a 5 piece Metal band based in Waterford, Ireland. The band began life back in 2002 under the name DITCH, and after the departure of the original singer the band decided to rename and change the style of music from Hard Rock to a heavier more metal style. As the years went on RESONANT played numerous gigs up and down Ireland and recorded their only self-titled “Resonant” demo in 2005. The band then went on to play in front of over 60,000 people at the Spraoi Festival in Waterford in 2006.

However in early 2007 the band decided to call it a day after original bassist Ray Whelan moved away and a other things preventing the band from rehearsing as much and playing live. Over two years later, in June of 2009, after a few drinks at a BBQ the remaining members decided to reform the band!!! But didn’t last and the band finally folded in 2011.

Thanks a million to Keith “Macker” McDonnell for passing on the bands 2005 demo and live gig from Dcember 2010 to add to the Archive.