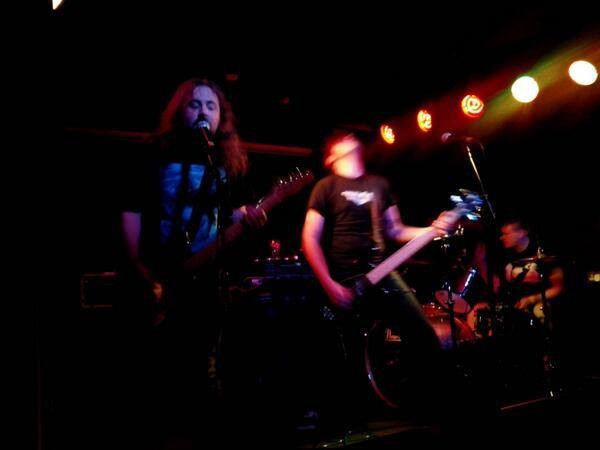 LURCH from Dublin are a recent addition to the Irish music scene. They play Sludged-out heavy Grunge, or “Tense, melodic dirge rock…” is how they describe themselves.

Originally a three-piece that formed in January this year and features ex/current members of Drainland and Trenches, both of whom released a split LP together in 2010. They recorded a two track demo in April 2013 to serve as a taster for a proper four song release that was recorded in October 2013 and officially released online the following December.

A fourth member ‘McNally’ (first name ????) has been listed on their websites, but as far as I can tell it was the original trio who recorded both the demo and EP.