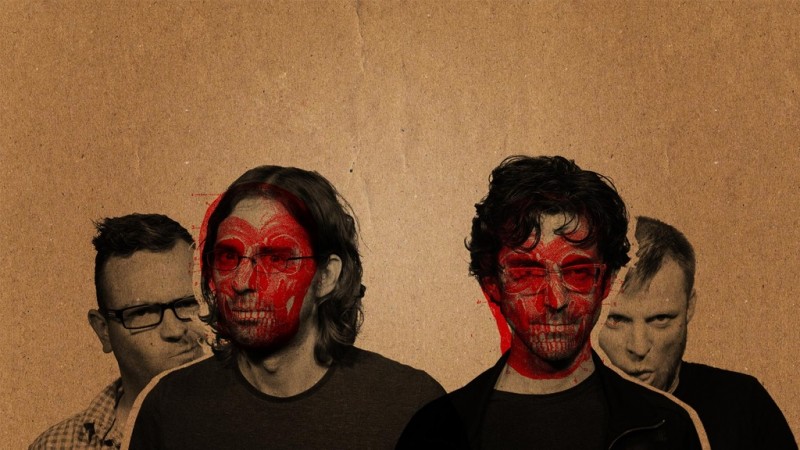 Having established a gruesome forfeiture system to impose discipline, :Hounds: were able to reach an acceptable level of musical understanding in only 5 short years. With the foundation of their throbbing, riff-laden power in place, bass player Gavin was able to take a 6 month sabbatical to lurk in a canoe. Drummer Brian (hired primarily for his ability to scare bullies) regularly fights man-sized chickens for money, although he has yet to be paid. If bespectacled rage-made-flesh singer/guitarist Allen were an animal, he’d be an animal. Reclusive singer/guitarist Peter is currently recovering in a maximum security old folks’ home from an addiction to rum and piracy.

Frustrated pastry chefs by day, they convene at their roadside rehearsal room at dusk to shout at strangers and argue in Klingon. By room I of course mean caravan.

Recalling early Soundgarden if they had replaced Chris Cornell with Dimebag Darrell, started playing Melvins covers and scavenging in bins for sustenance, :Hounds: truly believe that their riffs can actually melt faces. In real life.

:Hounds: will released their debut album “Spacemad” in early 2013.