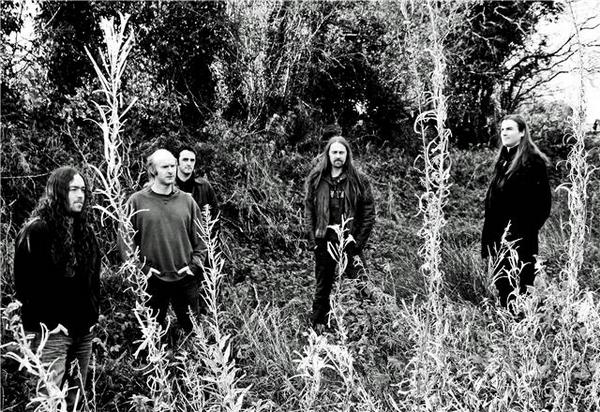 Superb Doom/Death band from Donegal. Released ther first demo back in 1995 and soon got signed to the Ars Metalli label after it’s release but the label went bust before the band even had a chance to record for them and they slipped into obscurity.

12 years later however! They finally regrouped and released the fantastic ‘Shadows Of Old Ghosts’ EP in 2007. And followed that up with their epic masterpiece ‘For Grace Or Damnation’ in 2010.

Official GRAVEYARD DIRT biography…
Formed back in 1994/95.Inspired by the early Peaceville doom/death sound ,in the Summer of ’95 the band ventured into the studio and just 7 hours later emerged with their debut demo. Entitled “ Of Romance & Fire” , it contained 3 tracks , and went on to sell over 700 copies at the time and many more since including a limited re-issue on c.d. in 2007, and reached far-flung places such as Australia ,Japan ,Malaysia ,Argentina as well as most European territories , Germany and U.K in particular through respected distro ‘Black Tears’.

This demo was responsible for the band signing a 2 album deal with German label Ars Metalli which for various reasons never materialised. And with things grinding to a halt the decision was made to lay the band to rest .

However eventually the urge to record again returned and in August 2007 “Shadows of Old Ghosts” was released. Featuring 3 tracks spanning 34 minutes, this E.P sold well and was responsible for securing a 1 album deal with the German underground label Ashen Productions in 2009/2010. In June 2010 the band recorded their debut album entitled “For Grace or Damnation” which was released in Nov 2010 and has since become Ashen Productions biggest selling release, perhaps due to the many excellent reviews it has received in printed magazines and online webzines alike.

The band then went back into hibernation mode again due to some “musical difference” issues which saw 2 members leave before one returned to the fold for the bands most recent trip to the studio for the 2015 3 track EP “My Scourge, My Plague”, recorded once again in Trackmix Studio in Dublin.