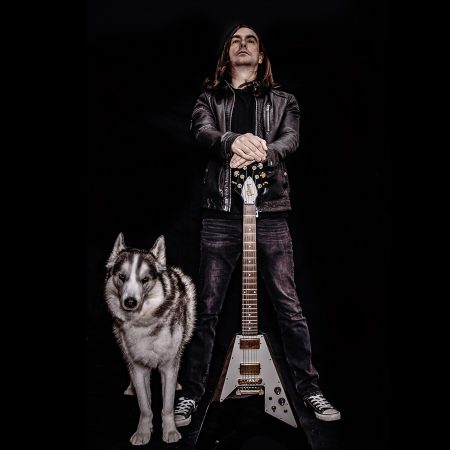 Strongly influenced by classic Swedish Death Metal and expanding on the horrors-of-war theme it is a critique of the ruling class and governments, whilst pardoning the common man; pawns in a game they did not choose to play.

FLESHWOLF is the sound of a Boss HM2 Heavy Metal pedal and thirty years in the underground metal scene. Taking his punk DIY ethos to it’s logical conclusion, Marty wrote and played all instruments (except drums), as well as recording and mixing the album himself.

Single tracks will be released throughout the year up to the album launch 0n the 1st May, 2020.