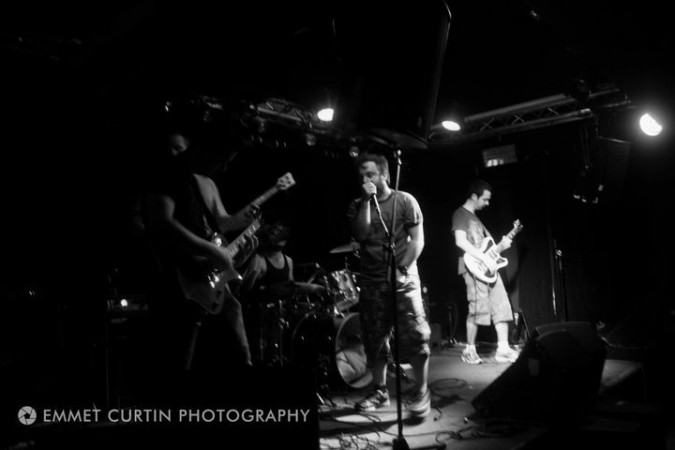 Hardcore Metal band from Cork with a fair dose of filthy Death Metal thrown in to help pollute the waters. Written and recorded by FAT ACTRESS in Cork Rehearsal Studios, Blackpool, Cork. Released 11 August 2011. All songs recorded and mixed by Barry Mulligan.

The tracks on this demo are deadly and all! But the demo cover steals the show.

Formerly known as EPHIALTES they have supported the mighty MADBALL and have gigged with other Irish bands such as [R]OAS, GHOST OF MEDINA and THEM MARTYRS. As FAT ACTRESS thay have shared the stage with GACY’S THREADS, SHATTERED SKIES, EMIGRA and will be opening for [R]OAS again at their album launch gig in Cypress Avenue this very weekend. As well as supporting Cork’s REST along with WIZARDS OF FIRETOP MOUNTAIN andSHARDBORNE on 10th September.