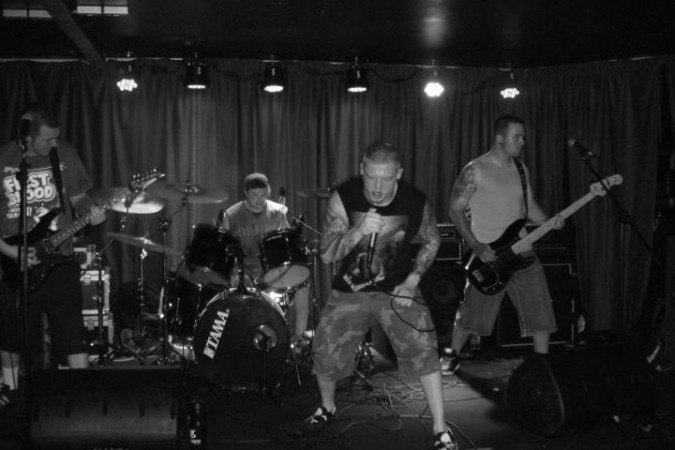 BRICKTOP got together in 2010 but only started gigging in 2011. The band features past and present members from SLAVE ZERO, WARPATH and COLDWAR. They’ve quickly built up a decent list of bands that they’ve played support to including fellow Irish bands ABADDON INCARNATE and SLAVE ZERO. They’ve also supported FIRST BLOOD and BANE from the U.S. and have an upcoming gig this month supporting another U.S. band PROVEN. As well as being on the bill to play the mighty ‘Seige Of Limerick’ at the end of October 2011.

TERROR, MADBALL influenced hardcore. The best kind…!!! They had previously put up their 3-track ‘Demo 2011’ to stream and download from bandcamp but have since removed it and replaced it with their debut ‘Bricktop EP’ which has only just been released today. Three previously unreleased tracks and two of the three original demo tracks have been rerecorded with a much heftier production courtesy of Nebula Studios in Limerick. Again it’s been set up as a completely free download so do yourselves a favor and check it out on the embedded player below.