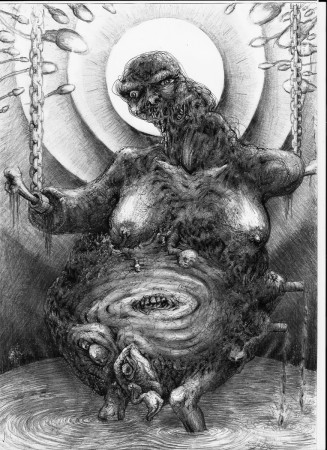 Hardcore/Sludge band started back in September 2013 and featuring members formerly/currently with SICKENER, COUNCIL OF TANITH and TOMFUCKERY. After playing in various fast bands for a while BLACK SPRING‘s founding members (CR, SF and ML) decided they wanted to do something slower and heavier. So after a few months writing tracks were produced and eventually FO’R joined on bass. This line-up then played their first two gigs at the end of March 2014 and the demo was recorded over the following Easter weekend.