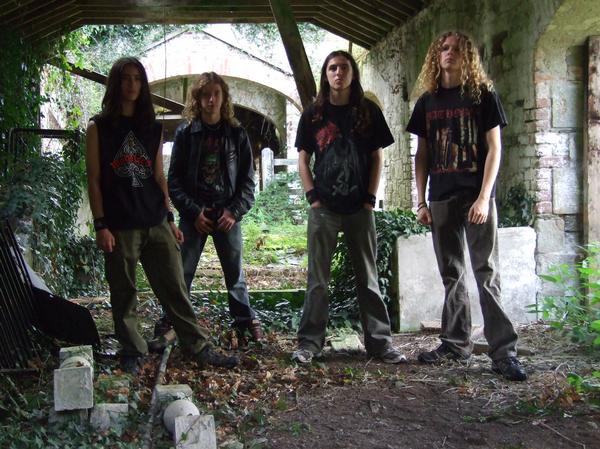 Enniskillen based Black/Death Metal band ANTIOCH started out in 2007 under the name CARNIVOROUS CUNTwith an average age of 14 and apparently were heavily influenced by both HAWKWIND and MEADS OF ASPHODEL. The decided to change their name after some members of the public became offended by their band name and even went to the extent of removing their name from gig posters. They recorded their one and only 5-track demo in 2008 with John Moffatt at Oaks Studios in Enniskillen. Three of the tracks from this demo also featured on a Four-Way split CD with BAPHOMET’S CUNT, BLOODDAWN and MORTITION, and was released by Panzerfaust Productions also in 2008. The band didn’t last too long, though! Folding the year after releasing the demo.